Holographic Gauze Screen for Hologram Wedding and Product Launching, almost the screen is set as the front of stage, it is acted as the active scene in a new novel projection which is more transparent than the traditional sense of the curtain, and the image can be suspended in the air to produce hazy magical hologram visual effects.

Hologram Gauze Screen is the perfect solution for live events, allowing participants to make presentations behind our near-invisible gauze while informative and entertaining holographic effects appear to float in front and around them.Indeed, hologram gauze screen is so tricky to see that the participants themselves have been known to accidentally walk through it during rehearsals.

It is the new material for creating holograms easier and cheaper than the traditional hologram for pepper ghost. And it is easy to install and disassemble projection medium lightweight, foldable, reusable. It is widely used for the holographic wedding, holographic music concert or new product launching.

Vertical Screen
Unlike other holographic systems, PepperScrim is designed to be used vertically, limiting the need for large amounts of stage space.

Simple Setup Process
Teams simply have to attach it to the truss, lighting bar, or frame, and then tension the material. Then can begin projecting content onto the gauze .

Unparalleled Effects
The holograms created by the system look real and the way in which the artist interacts with the holograms makes it appear as if a tangible connection is being made. 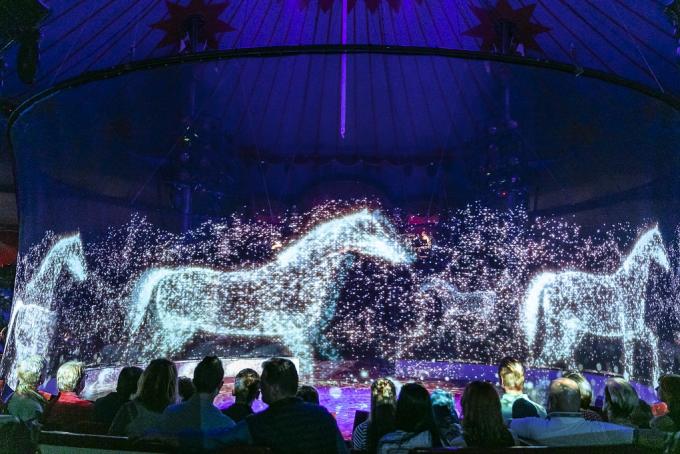 You can use PepperScrim to create 3D floating animations that look as if they’re moving with the action on the stage.

The artist on stage can actually interact with the 3D projections, helping boost the value of the illusion to the audience. The projection of the image can be moved along with the artist’s movements.

PROJECTIONS CAN SURROUND THE ARTIST

The PepperScrim system is designed to be truly immersive for the audience, can be set up in square and round, if artist stand inside,and so it appears as if the person on-stage is completely surrounded by holographic content. 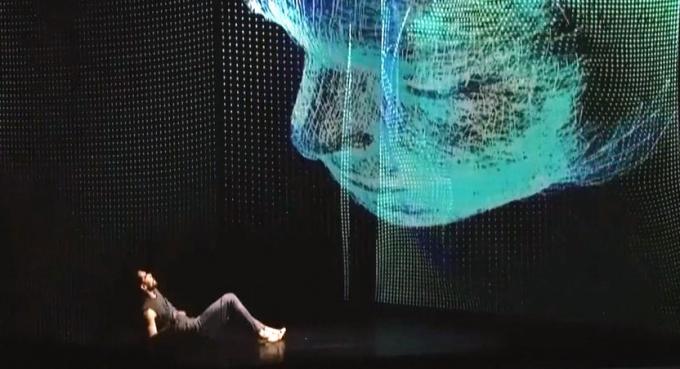 It finished with black border and eyelets on 4 sides or two sides, it is very easy to tension on the truss.

It can be install in Flat, Square and Round.

It can be front and rear projection  and any angle, image on both side. 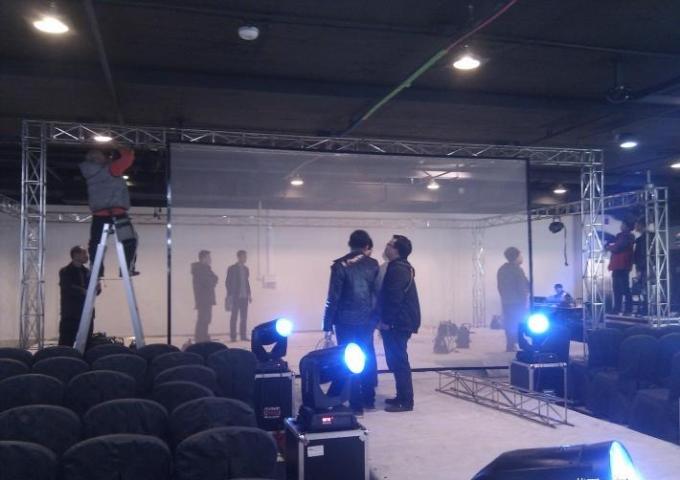 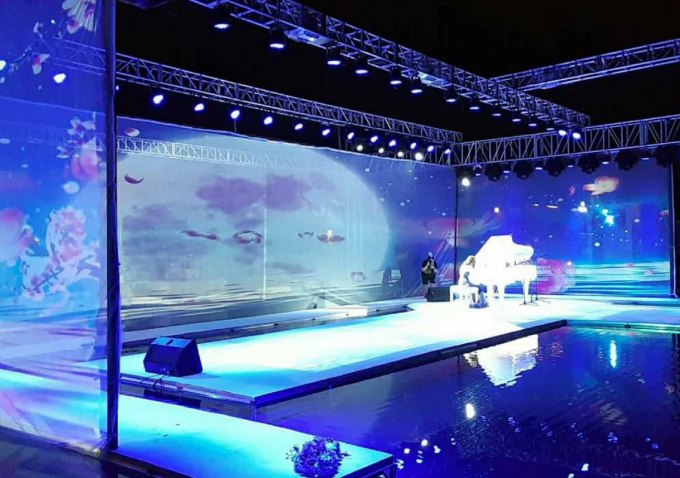 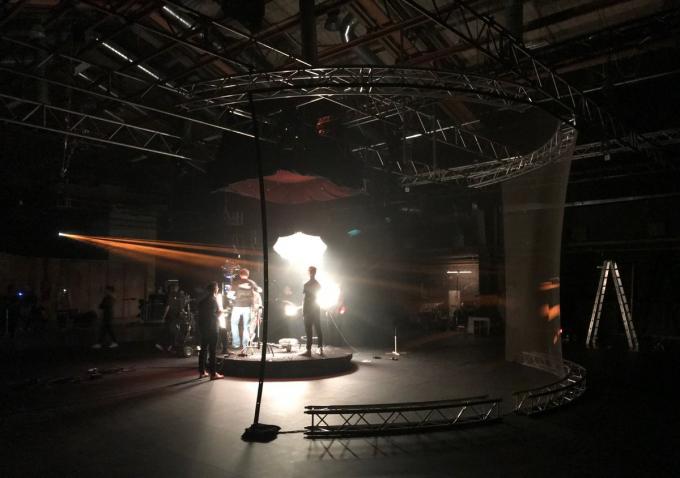